Maximising
The Value Of
Every Training Sortie

AIRCOM is an accurate flight data recording system and a 3D flight replay system to visualise the data objectively. AIRCOM is a unique integrated hardware and software system designed to seamlessly transfer all data from the flight onto the screen.

Debriefing is critical but is often overlooked in favour of the briefing. AIRCOM maximises the value of training and operational sorties by improving the quality of every debrief. From a single aircraft, ab-initio flight to a multi-aircraft, BVR combat sortie. Time is money: AIRCOM saves both

In this day and age seems unthinkable to sit around waiting for data to arrive. Yet all too often aircrews, pilots and instructors have to wait for data to be downloaded from the aircraft.

AIRCOM flight recorders are compatible with all fixed and rotary wing aircraft. Data from multiple aircraft can be rapidly uploaded and consolidated on the debriefing computer. The programme then produces an animated replay of all aircraft for the entire training flight.

Pilots understand that the post-sortie debrief is the greatest opportunity to identify
errors that occurred during the sortie, develop precise solutions to the errors, and
internalise the lessons to prevent future recurrence. Every sortie is debriefed from the first flight to operational combat missions.

AIRCOM offers a means to standardise the quality of the debriefing process by recording and presenting, the flight data, accurately and consistently,
flight after flight.

Meeting the challenges of flight training

Where did the aircraft go? how timely was the weapon release? how accurate were the manoeuvres? Human memory, even that of highly trained combat pilots, is subjective, biased and unreliable. Now, more than ever, there is a need for an accurate, easy to use means of replaying the flight during the debriefing. Human memory is imperfect and dependant on one's perspective. Emotions make us remember things distinctly. If two pilot's have a different memory of the event who is to say what really happened? Most modern aircraft have data recording systems, but different aircraft systems
are often incompatible. Data can take a long time to get from the aircraft to the
debriefing, which leads to delays or briefing without the data. 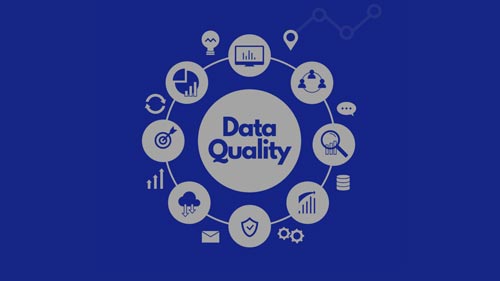 A digital, "next generation" solution for flight training

Many older pilots reflect that during their training they had the freedom to “bend the rules” when solo. Today the complexity of aircraft systems and the cost of flight time require a different approach. AIRCOM records all the aircraft's data, so even if the student flies solo, the instructor can observe the entire flight in the debrief.
Where did the aircraft go? How timely was the weapon release? How accurate were the manoeuvres? AIRCOM answers all these questions in the debrief.

The skilled de-briefer guides the participants to detach their feelings and analyse the event rationally. AIRCOM uses data rather than memory to help students process the facts comprehensively.

Many engagements involve coordination with mission partners and aircraft from different bases. AIRCOM allows data to be  be quickly and easily shared so all stake holders can debrief together, via a data link.

AIRCOM records and replays all aspects of the flight in a digital 3D environment. It includes task analysis tools to objectively analyse the accuracy of flying manoeuvres such as turns, approach, or formation flying. Successful debriefing is achieved by identifying aspects of good performance, identifying areas for improvement, and suggesting what should be done differently in future.

AIRCOM provides the features needed for the effective analysis and debriefing of a complex, air-combat, mission. The flight data recorder incorporates an “event” button, which is pressed to identify events such as the firing of a weapon. Thus highlighting the moment and enabling quick access to the event, in the debrief.

AirCom uses a small flight data recorder, designed and developed by Intaero. It uses a rugged Inertial Navigation Unit (INU) to monitor the flight parameters; heading, speed, altitude, geolocation etc. which are recorded internally. The flight recorder is independent from all aircraft systems. It does not interfere with the aircraft as it makes no transmissions. They can be installed in any aircraft types including operational fighters, training aircraft, transport aircraft and helicopters.
AIRCOM can also input feeds from a video camera placed in the cockpit to monitor the pilot's reactions, controls or instruments during the training flight. Going beyond memory and personality to create an objective perspective

Experienced combat instructors conduct probing debriefs and are trained to identify the split-second decisions that represent the difference between winning and loosing. Aerial dogfighting is a dynamic, adrenaline-pumping affair, and young pilots often land without a clear understanding of what just happened to them in the air.

AIRCOM replays the sortie data visually and allows you to shift from a "pilots eye" view to a third person perspective from any particular angle. This enables the instructor to show the flight from different viewpoints. That way the student can thus see what really happened and key learning points can be brought out and analysed rationally and objectively.

Standardising debriefings throughout an air force or flight training academy

AIRCOM can be used by every squadron, from training to operational. The software runs on a portable computer so can be taken along during exercises. Pilots flying different aircraft types from different bases in a combat can experience a joint debriefing for maximum learning benefit.

AirCom enables an air force to standardise the quality of pilot debriefing across all skill levels from basic training to advanced combat types, from helicopters to transport aircraft, from AEW to ASW aircraft. If you would like to find out more, to see AIRCOM in action or request a demo,